Danger for the students of Knowledge Who do You Take Your Deen From??? 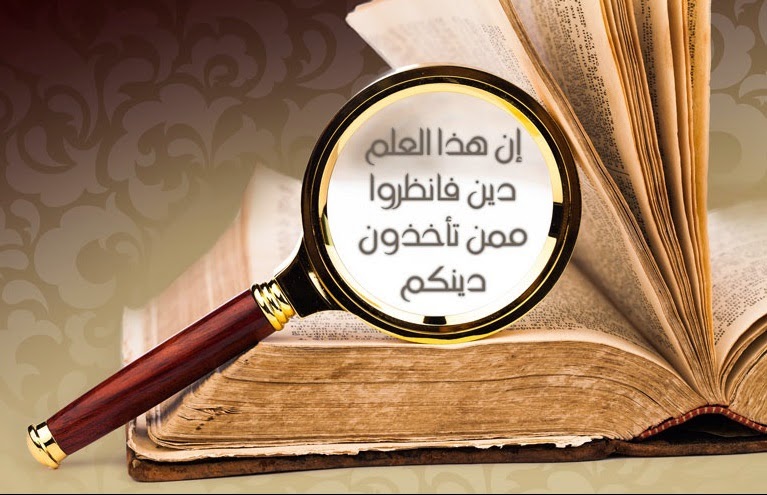 More than anything for the student of knowledge ,it is Important to know where you are registering to attend classes and the pedigree of the scholar or Teacher you follow.....
.In a word that this teacher speak'qallallah wa qalla Rassul" or on their desire.Is their exegesis or Tafseer authentic ? Their aqueedah Upright?! for God KNOWS how many centers i have been From the Nonsensical explanation of matters of tawheed to the bad Akhlaq who claim but very few follow the correct methodology of teachings,
Dear readers i shall develop on that aspect with the adequate proof, within weeks InshALLAH As it is very important matter indeed .


Due to the weakness in the Ummah and lack of comprehension of the pure Islamic methodology, it is common in our time that an ignorant person is taken as a person of knowledge, and that an ignorant person assumes the role and responsibility of a speaker and caller to Islaam. Despite the mountain of statements from the Salaf, the likes of al-Laalikaaee, al-Barabahaaree, Ahmad Ibn Hanbal, Ibn Sireen and so on imploring the Muslims to stick to the Scholars, the people of sunnah (the jama'aah) and to stay away from doubtful matters.

So before seeking to sit in a gathering, have you asked yourself:
- Is this person known to the scholars or their students?
- Does he have tazkiyaat of any sort?
- Who are his companions (from whom does he sit with)?
- Does he frequent the gatherings of Ahlus-Sunnah, their masaajid, seminars, lectures etc.?
- What do the people of Sunnah and Salafiyyah in his area say about him?
- Does he cooperate with Ahlul-Bid'ah, their masaajid and programmes (is he here, there and everywhere)?

Do you put up these roadblocks in your mind before setting out to seek knowledge with a man?  Seeing that it is from the most important affairs you could ever set out upon...your salvation, your 'aqeedah, your path towards paradise insha'Allaah
Shaykh Ahmad Bazmool states:

'...This is how important this is, this knowledge is deen, something that he will be raised with on the day of judgment...the Muslim must look and take his deen from Ahlus-Sunnah, as-Salafiyyoon, known for knowledge, being upright and having taqwaa'
'Imaam Maalik said it is not enough for someone to be a worshipper, and to be known for Zuhd, outward expression of worship, that you take from them...but they did not take from them because that was not their affair (knowledge), they were worshippers that's all. In this time we see someone who has a lihyah (beard), his thobe above his ankles and he is then the muftee of his area, this is a mistake!'
'It is forbidden for the one who is asked and doesn't know, to answer. Likewise it is haraam for the one to ask one who doesn't know...he has to ask the scholar...if you had a medical situation, would we go to a mechanic? And if we had a problem with our car, would we go to a farmer...no we would go to each individual who is a specialist in their field...so when it comes to the issue of deen, we must go to the scholars, it is not right to ask (just) anybody or do what everyone else is doing.'

''Abu Dardaa' went to the masjid one day (in the time of the tabi’een) and he observed the people praying differently than according to the Sunnah, so he came home angry and his wife (Ummudh-Dardaa') asked him what has made you angry? He said, 'By Allaah I don't see anything from the time of the Prophet (sallallaahu 'alayhi wa sallam) except praying together (meaning that they had abandoned much of the Sunnah). This is his statement whilst he was close to the time of the Messenger (sallallaahu 'alayhi wa sallam). So what about know? 1400 years after that, are general masses upon Sunnah? Are the general masses upon knowledge? No! Rather we should follow the scholars!'
From the other points discussed:
http://www.learnaboutislam.co.uk/audio/uways-at-taweel/Manhaj/2014-01-22-Uwais-Taweel-Verily-this-knowledge-is-Religion-so-look-from-whom-you-take-your-religion-from.mp3