let's Choose to be a Positive Parent 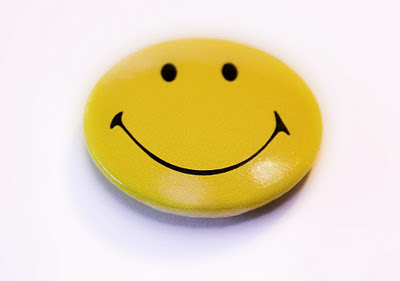 Umm Layth is an American mother of two, currently living in the USA. She is a WHO/UNICEF Breastfeeding Counselor and Writer for the SAUDI Life parenting and motherhood columns. This piece was originally published on SAUDI Life's parenting column. JazakamAllahu Khairan to SAUDI Life for allowing us to re-post this on our blog.

Recently, I was scolded for exercising “bad planning” in preparing to have a second child while my first would soon be entering his “terrible twos”.


“Who says they have to be terrible?” I asked.

The person on the other end of the line gave a quick laugh and then exclaimed that I had no clue what I was getting myself into.Well maybe I don’t have a clue, but I still stand by my question.

“Terrible twos”, “ferocious fours”, “teen drama queens”, and “impossible children eating us out of house and home”. With all the horror stories and negative nicknames that parents spread around the block, it’s no wonder that less and less people want to start families. But it doesn’t have to be this way. Instead, we can choose to stay positive and focus on the good.

Staying positive doesn’t mean being unrealistic or blind to the challenges that parenting can bring. After all, Allah, subhana wa ta ala, does tell us in the Qur’an that our children will be a trial for us.
“Your wealth and your children are only a trial, whereas Allah – with Him lies a great reward.” - translation of Surah at-Taghaabun, ayah 15.

And time and time again, Islam teaches us that there can be great rewards in raising our children.
“And those who believe and whose offspring follow them in Faith, to them shall We join their offspring, and We shall not decrease the reward of their deeds in anything. Every person is a pledge for that which he has earned.” –translation of Surah at-Tur, ayah 21

“When the son of Adam dies, his (good) deeds come to an end except for three: a recurring charity, a knowledge that is beneficial or a righteous child that supplicates for him.” –recorded in Sahih Muslim

“Indeed a man may ascend a level in Paradise and ask: ‘How did this happen?’ So it will be said to him: ‘By your child’s asking forgiveness for you.’” –recorded in Ahmad and Ibn Majah

It seems to me that the potential for good in our relationships with our children far outweighs the little bad we may face along the way. So why does negativity still reign?

The way I see it, our children and/or teens are bound to get emotional, throw some tantrums, be stubborn, and maybe even blatantly defy us. But let’s face it: adults can (and often do) act the exact same way.  So what’s the point of allowing our entire day to be ruined because our child does it?

Children mirror the behavior, actions and outlooks of their parents. If we wake up every day believing that our children are going to be terrible and treat them as if everything they do is terrible, what incentive will they have to be anything more than terrible?

In contrast, imagine if we were to wake up every day being positive. What if every day we believed that our children were capable of good and rewarded them for all the good that they do? Wouldn’t this then encourage them to continue doing good down the line?

Wouldn’t it just feel better if at the end of your day, you could sit back, reflect and praise Allah for all the good that he put into your children instead of going to bed angry and stressed over the little bad that may have happened?


The reality is that whatever age or stage our children are in, they will be a trial for us. We can’t change that. But we can choose how we respond to it. So which parent will we choose to be? The one who hangs onto the bad and adds another negative nickname to the list? Or the one who accepts that their trial is from Allah, stays positive and enjoys the good that comes with it?