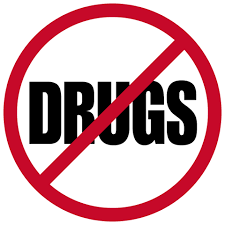 Indeed all the praise is for Allaah. We praise him, we seek his aid, we seek His forgiveness. We seek refuge with Allaah from the evil of our souls and the consequences of our evil actions. He whom Allaah guides there is none to misguide and he whom Allaah leads astray there in none to guide him aright. I bear witness that none has the right to be worshipped except Allaah; who is one without partners

; and I bear witness that our Prophet Muhammad is Allaah’s servant and Messenger.
O Allaah, send prayers

, peace, and blessings upon Your slave and Messenger Muhammad; upon his family, and companions, altogether. As to proceed:
Have Taqwaa of Allaah, as Taqwaa should be had of Him. How great is the reward of those who have Taqwaa. How delightful is the state and the abode of those who are obedient. O people, indeed the punishment for crimes and sins within the Dunyaa and the Hereafter is due to the despicable nature of the crime and its evil effect upon the one who commits it and upon the society. Allaah, the Mighty and Majestic, has said:
الَّذِينَ كَفَرُواْ وَصَدُّواْ عَن سَبِيلِ اللّهِ زِدْنَاهُمْ عَذَابًا فَوْقَ الْعَذَابِ بِمَا كَانُواْ يُفْسِدُونَ
Those who disbelieved and hinder (men) from the Path of Allaah, for them We will add torment over the torment; because they used to spread corruption. (An-Nahl 16:88)
Allaah, the Glorified, has said:
وَلاَ تُفْسِدُواْ فِي الأَرْضِ بَعْدَ إِصْلاَحِهَا ذَلِكُمْ خَيْرٌ لَّكُمْ إِن كُنتُم مُّؤْمِنِينَ
And do not mischief on the earth after it has been set in order. That will be better for you, if you are believers.  (Al-A

’raf 7:85)
And indeed from the great crimes and the major destructive (sins) and the sins which are destructive to the individual and the society are (the use of) drugs and intoxicants. They do not enter into a society except that they destroy it. No one becomes addicted to them except that he becomes corrupted with various types of evils. They do not spread within a society except that it is engulfed with every evil and it falls into various types of calamities and major sins occur therein and corruptions occur therein which the intellectuals and righteous are unable to remedy.
‘Uthmaan, may Allaah be pleased with him, said: “Avoid Khamr for it is the mother of (all) evils.”[1]
Drugs, O brothers, is the greatest form of Khamr. Therefore, they have been prohibited with the most intense for of prohibition. The types of drugs and their corruptions are many. From them are those which the people know able and from them are those which are not known at all. Drugs, in all of its types, have been prohibited by Allaah and his Messenger (sallallaahu alayhi wa sallam); whether they be plants, pills, eaten, or drank, or snorted, or injected.
Similarly, drugs, in all of its types, the Legislation is severe in its condemnation and threat against it due to what it contains

from harm and destruction. And due to that which they contain

, from transforming him to an evil person from whom corruption and crime are expected and no good is hoped for from him.
The intellectuals of the world have called for the saving of the societies from the scourge of drugs due to that which they have witnessed from iniquities.
The harms of drugs upon the one addicted to them and upon the society are many and nearly none are safe except a small portion. 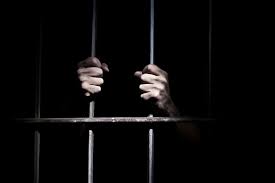 From their harms upon the addict is the loss of his intellect; and the intellect is the distinguishing characteristic

between the human and the animals. He whose intellect goes then he embarks upon crimes and virtue to taken from him.
From its harms is that the natural disposition of the person changed and he becomes a Shaytaan and he is stripped of the characteristics