A Cold Breath of Jahannam

A Cold Breath of Jahannam 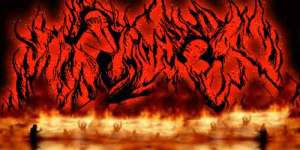 Here the weather is pretty cool
but in some part of the world as we speak it is extremely cold… cold beyond imagination.
When the arctic wind blew, it cut through to the bone. It hit across the face & numb whatever it touches.
when we see these below-freezing temperatures, we should think of Jahannam.
Yes, Jahannam.
Now, why would we remember Jahannam, one might ask, in this cold weather
Isn’t Jahannam fiery, burning & hot?
Yes. But, although Jahannam is a place known for its unimaginable heat, scorching blazes & sweltering fires, there are also places within it that are extremely cold, frigid & chilling.
So frigid are these places that it would burn & scorch & torture a person just as the severest fire would & worse.
And this extreme state of coldness in Jahannam is called Zamhareer.
The state of the Hell of Zamhareer is a suffering of extreme coldness, of blizzards & freeze for the people who will enter Jahannam. (May Allaah protect us from it).
Yet its coldness is not a pleasure or a relief to the sinners. Rather it is a severe punishment & burning torture which no one would ever be able to bear.
Ibnul Qayyim said about the following Ayah:


“Nothing cool shall they taste therein, nor any drink. Except boiling water, & Ghassaaqaa.”
[Al Naba: 24-25]


”They will recline on thrones. They will not see the excessive heat of the sun, nor the extreme bitterness of cold (Zamhareer).”
(Surah Insan:13)

So what did the righteous people do when they experienced extreme cold winters & low temperatures?
They remembered this hadeeth & asked Allaah to protect them from Jahannam & its bitter cold as well as its severe heat.
Ibn Rajab said:

So when winter comes along & the arctic wind blows & temperatures drop, use it as a reminder for the Aakhirah.
When your fingers & toes are so cold & numb, that you can no longer feel them & when your shake & shiver in the frigid weather, remember Zamhareer & its bitter coldness.
These winds, these extremes of temperatures, this ice & snow are signs amongst the signs of Allaah. They are reminders of our life to come & of the Aakhirah.
So seek refuge in Allaah from Jahannam & its heat & its coldness. Do all you can to stay away from it & do all you can to protect yourself from it.
And never forget the Day when you will stand in front of Him & give account of all that you said & did.
The famous worshipper Raabiah said:


“I have never heard the Adhaan except that I remember the caller who will announce the Day of Resurrection, & I never see the falling snow except that I imagine the flying pages of the records of peoples deeds (on that day), & I never see swarms of locusts except that I think about the Great Gathering on the Last Day.”
(Sifah Al-Safwah)

O Allaah, we seek Your refuge from the torment of Jahannam, from its Zamhareer (coldness) as well as Haruur (heat). Ameen.
Posted by FATIMA MD at Wednesday, February 12, 2014